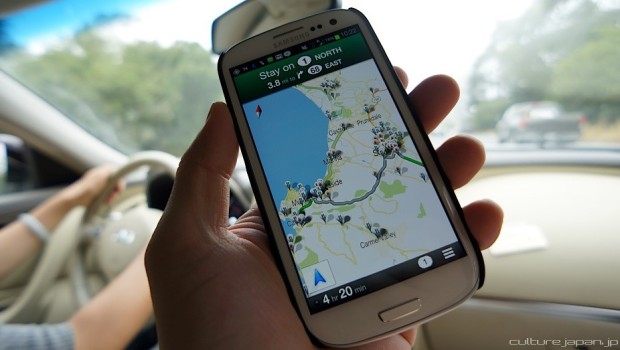 The rise of smartphone navigation apps is the main reason behind the ever-present windshield or dashboard mounts that can be seen in almost every car. People just mount their phone and start one of the many nav apps that are available for both Android and iOS. The days of the standalone GPS devices are long gone. Navigation apps in general are among the most refined apps on the market. The recent Apple Maps debacle was a high profile but isolated case. However, majority of the apps for either platforms have a very satisfactory track record. Here is the rundown for one of the best navigation apps available today:

Available for Android and iOS, Google Maps has become the benchmark for the navigation apps on both Android and iOS. The excellent interface and the robust location database are two of the distinguishing features of the app. The app allows cached maps that work even when the phone is out of cellular coverage area. With heavy integration with other Google properties, Google Maps is the best option for Android users.

The latest version of Apple Maps is a major improvement over the original version
• Available exclusively for iOS platform, the app works on both iPhone and iPad.
• The app features the clean interface that has become the standard on all iOS apps.
• The best feature of Apple Maps is its integration with Siri, the iOS voice operated assistant. This makes the use of the app very intuitive as the user could use all the features by asking Siri the question.
The best thing about the app is its status as the main iOS navigation app. This also means that the app is free to use.

Waze remains the best alternate to proprietary apps. The app was launched as the crowed sourced traffic information app. After the acquisition by Google, the app has received new features that bring the interface and functionality more in line with Goggle Maps. However, Google plans to keep the apps separate. This is good news for the Waze community that was initially very critical of Google’s takeover.

Laserbreak – What is the new Android game capable of? →