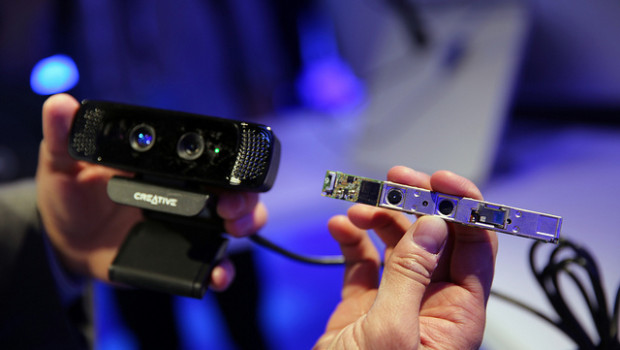 At the 2014 Intel Developers Conference in San Francisco Michael Dell himself unveiled Dell’s new tablet, the Venue 8 7000 Series. It runs on a version of Android 4.4 KitKat, has a quad-core Intel Atom Z3500 processor, 16 GB of internal storage, and 2 GB of RAM. At 6 mm thick it is the thinnest tablet in the world; however this isn’t its only virtue as can be seen in the CNET video review. It is light, weighing just 310g, but sturdy as it made mostly from metal with a matte aluminium finish. There is also an optional Dell Cast adapter which allows the device to be projected onto a TV or monitor and be linked with a keyboard and mouse, effectively turning it into a laptop.

The Venue 8 7000 Series tablet has innovative 8 megapixel 3D cameras with Intel® RealSense™ technology that give pictures depth and makes 3D printing easy. Dell is the first to make a 3D camera small enough to fit in a tablet. Another trick the Venue 8 7000 Series has is the ability for users to easily manipulate pictures. They can be refocused after they have been taken, or the aperture can be completely changed. In fact there are many ways in which to tinker with photos with the Venue 8 7000 Series, such as being able to change the background whilst keeping the foreground the same or adding a parallax effect.

The Venue 8 7000 Series comes with an 8.4 inch screen boasting an impressive 2560 x 1600 resolution OLED display with sharp contrast and deep black levels. The screen goes from edge to edge with barely any bezel apart from one side where the speakers and cameras are found. As with many tablets it is touch screen, allowing easy manipulation by the user.

The Venue 8 7000 Series is expected to be released in early November. The initial release will be a Wi-Fi only model and battery life is still unknown and unlikely to be tested until after the official release. Dell has yet to announce the price of the tablet but representatives have said it will be competitive.