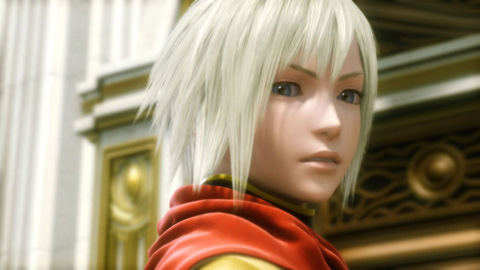 The Final Fantasy franchise is one of the most successful and well known series in the gaming world including over 40 games and spin-offs, which inspired 4 feature-length movies as well as an anime series. The latest installment in the prestigious series is Final Fantasy Agito, which is set in the land of Orience – a part of the Final Fantasy Type-0 universe and forms part of the Fabula Nova Crystallis subseries. It was released in Japan on iPhone and Android on May 14th 2014, however a release date for the rest of the world has yet to be announced.

The style of play in Final Fantasy Agito is fairly similar to that of other titles in the series. It offers a comprehensive levelling system in which social interaction with NPCs as well as performance in combat also have an effect on the player’s progression. However, in contrast to most of the other installments, combat in Final Fantasy Agito is turn based. The level of depth and complexity of the game is impressive considering it has been released on a mobile platform. Playing game is an incredibly personalised experience, with the player’s choices directly correlating with events further on in the game. Time is also linked to real-world time and certain actions and storylines only become available at given times of day or specific days of the week. This means that each chapter of the game takes around two weeks to fully complete, which makes it definitely value for money as far as playtime is concerned!

The opening scene of Final Fantasy Agito involves the player taking control of a young cadet at the Rubrum Magical Academy who then goes off on adventures throughout the land or Orience. The player’s character is deeply customisable with choices such as:

● The gender of their character
● Hair colour
● Facial features
● Clothes
● Even voice!

The player created character then goes on a quest to become an Agito, i.e. someone who can break Orience’s repetitive cycle of events. Characters from other Final Fantasy games also appear throughout and talking with them can help boost the player’s level and standing.