It is clear that every new device which is designed by Apple always receives a lot of attention by the media from all over the world. Among Cupertino’s entire line-up, iPhone is the product that raises more expectations than any other smartphone on the market. This year on the 9th September iPhone 6 and iPhone 6 Plus were disclosed and they brought with them some fresh air. Their most important feature are wider screens which are 4,7 and 5,5 inches large. Fans have been waiting for this evolution in screen size for quite a long time, as the rivals (Samsung above all) already sported larger screens.

In just three days after its launch, which took place on the 19th September, the iPhone 6 set a new record in Apple’s history: 10 million devices sold. It was first available in 10 regions only: Hong Kong, US, United Kingdom, France, Germany, Canada, Puerto Rico, Japan and Singapore. It is remarkable how they managed to reach these great numbers without China and, of course, the rest of the world. CEO Tim Cook affirmed “We would like to thank all of our customers for making this our best launch ever, shattering all previous sell-through records by a large margin” He also said that they would be launching iPhone 6 in other 115 countries by the end of the year and that they were trying to fullfil all the orders in a short time. 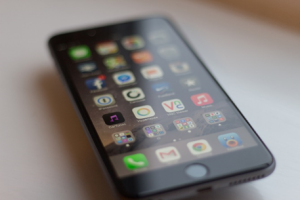 After all it was not so surprising that Apple succeeded in selling so many devices. The preorders themselves topped a record when they reached four millions in 24 hours. In 2012 iPhone 5 reached two million orders in the same time.

On the other hand, iPhone 6 Plus did not sell as much as its little brother and it has probably depended on some factors:

It is not clear how many devices were sold for each model because Apple did not say anything about it. Will its courage to release a ‘phablet’ be paid off? We don’t have to wait too long to discover.

E-Tattoos being used as a lie detenctor! And what happens to the protection of data privacy? →

Android Apps Being Used on iPhone →