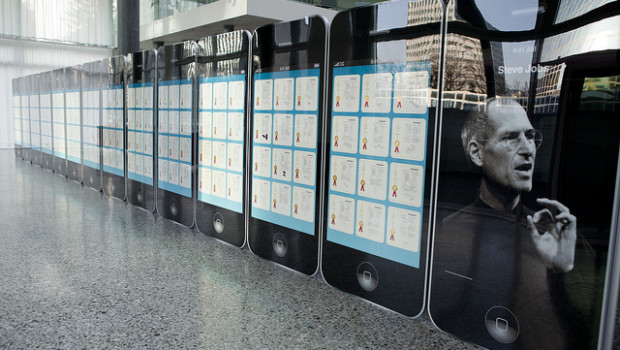 At their Worldwide Developers Conference Apple unveiled their new API (application programming interface) Metal . They hope this will replace the old API, OpenGL, to improve gaming on their devices. Apple has been working on replacing the old interface which is a throwback from the silicon graphics era for some time and it seems they have finally achieved their goal.

The new technology improves the rendering of 3D graphics by up to 10 times . The previous system, OpenGL, was very inefficient, creating much overhead between the GPU and the software it was running. Apple has worked with many big game developers, such as EA and Epic Games, and they have developed intricate new game graphics with it in just a few weeks. At Apple’s Worldwide Developers Conference in San Francisco Tim Sweeney of Epic Games took to the stage to demonstrate what they had achieved with Metal. He showed an app called Zen Garden in which there was a highly detailed koi pond containing hundreds of fish that instantaneously react to a touch of the screen. Along with this was 5.000 individual petals falling to the ground and a pond changes into thousands of butterflies. Also shown was the improved version of the popular game Plants vs Zombies for iOS, which now can have 1.3 million triangles on the screen at a time, meaning depth of motion effects that are breath-taking.

Any Apple product with the A7 processor , e.g. the iPhone 5s, the iPad air and the latest iPad mini, will be able to run Metal. Metal is able to access more of the A7’s power as it cuts out the middleware between gaming and software making devices faster and graphics far better. Games become far more responsive, load faster and now have console level visuals. Many of the bottlenecks previously experienced are eliminated, meaning other, non-graphic, functions such as playing videos, audio and viewing photos will also be improved. Indeed it seems that high end graphics have reached the iPhone and iPad but how long will it be before other electronics companies follow suite?

CarPlay and its features →