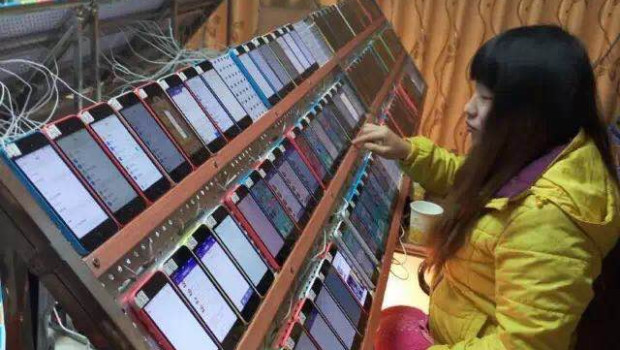 This photo of a woman sitting in front of dozens of iPhone 5c went viral shortly. Magazines like TechinAsia are speculating that the photo might show a woman downloading and rating new apps for a company. A Weibo Photo shows prices assumingly for paid downloads to manipulate Appstore rankings in order to generate organic downloads. To get into the top 10 free apps the prices on the photo show RMB 70,000 (US$11,200), and keeping it there will cost another RMB 405,000 (US$65,000) per week. The third column is the monthly fare, and negotiations take place over popular messaging service QQ.

The original photo was tweeted on Weibo with the caption, “Hard-working App Store ranking manipulation employee.”