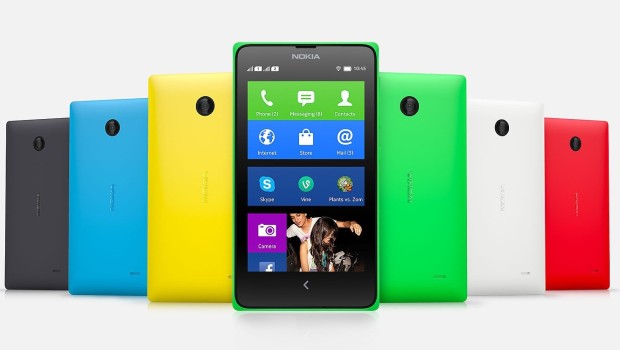 At the MWC in Barcelona NOKIA revealed the X Family in addtion to the more exclusive LUMIA series. Looking at the User Interface it should called be Windroid, since Nokia decided to create such a Windows-like UI it doesn´t have access to Google Play due to design restriction by Google. But it´s quality looks amazing, considering it´s a such a low priced phone.

It will come with 4-inch IPS LCD WVGA (800 x 480 pixels) capacitive touch 4″ display – 3MP camera, has dual SIM cards, expandable storage via a MicroSD card slot and has a ‘fast lane user experience’ according to Nokia. All Nokia X phones run on a 1GHZ Qualcomm Snapdragon dual core processor, have 512MB RAM & 4GB eMMC, and an 1500mAh battery.They are preloaded with Skype and other Microsoft friendly fair, including Maps and MixRadio and OneDrive.The Nokia X will go on sale immediately, starting at EUR 89 and rolling out in the Asia-Pacific, Europe, India, Latin America, West Asia and Africa. The Nokia X+ and Nokia XL are expected to roll out in these markets starting early second quarter, priced at EUR 99 and EUR 109, respectively.