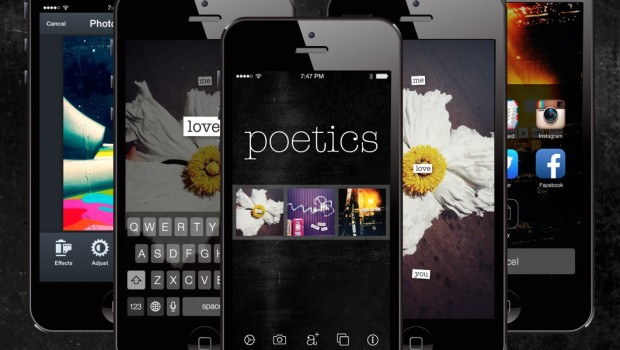 New York based artist Seth Carnes likes to play with words. It all started off with an art project in New Yorks meatpacking district in 2007. Seth Carnes arranged a poem in magnetic words on a large steel plate in his art gallery. This project was interactive, so people moved around the words and created new poems constantly. Transferring this idea into an app, Seth created Poetics. It let´s you pick or shot a picture and add typo in a simple UI. Now Seth made the app free until tomorrow night, Sunday 26th of January to promote the introduction of a few new features like an IOS7 redesign, the ability to share the pictures on tumblr and to send them even via snail mail as real postcards to friends right from the app – which we think is pretty awesome.