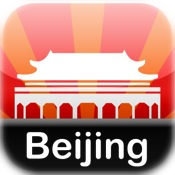 The best apps for travelling to Beijing on iPhone and iPad

It’s one of the more expensive travel apps, but from my own experience this is well invested money. Show the driver your iPhone with the destination in chinese letters and don’t accept any excuse that he doesn’t know where to go.

This app is the first thing, the regular expat recommends you to buy as soon as you land on Beijing airport. It is easy to understand and to handle and since getting around by cab is the most common transportation option it’ll save you time and worries.

A few recommendations for sights and shopping are included too, from what I read they got more extended over the last few months. When I went to Beijing in 2012 it wasn’t enough to replace a proper guide, but they were a good start.

Instead of a simple guide this app is essential to have if you are planning your travels to Beijing.

Not to forget it contains offline maps which were not so helpful to me though as the taxi cards. The drivers hardly speak english and foreigners seem to be not their first choice some time. But when you hold up the iPhone showing the well designed white on black card with your next destination, they might consider giving you a ride!

As a warning I have to make clear the cab drivers in Beijing might still not pick you up if they are not in the mood, because there are not enough of them in this megalopolis, but if you own this great app you are in slight advantage to have fun travel times.

Knicket Rating: 9/10. It’s just essential to own this app when travelling to Beijing.

P.S. Also good to have is an App to show what the pollution is like. Sadly Beijing is considered having really bad air and the american embassy is providing data that shows the days amount of dust and particles in the air. There’s an app for Android and one for iPhone and iPad.