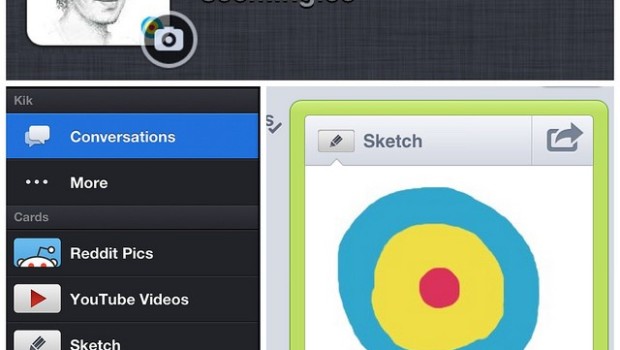 With over 120 million users registered, Kik is a goliath of the internet-based messenger world. Unlike the Facebook owned WhatsApp, users connect to the service using a username rather than their phone number. Once registered, the user can use the service to share messages, sketches, photos and more with their friends. All that is needed is any contact’s username, and the conversationalists can hold discussions using either their mobile data or a Wi-Fi connection. The App is available on iOS, Android, and Windows Phone devices.

History of the service

Established in 2009 by a collection of students from the University of Waterloo, Kik Interactive aims to produce new services and technologies for Smartphones. This first product enjoyed great early success, racking up more than 1 million users within 15 days of its launch. In just another month, they reached the 2 million users milestone. Unfortunately for the team, the App’s great success also brought its fair share of controversy. Accusing the company of copyright infringement, Blackberry owners Research in Motion removed the service from their App Store and filed a lawsuit (which was not settled until nearly 3 years on).
With Blackberry out of the way, the program ran without a hitch until February 2014, when Kik was struck by spam bots sending explicit messages and pictures to unknowing users. Recent updates seem to have prevented this problem.
Now, Kik is one of the most popular messaging Apps on all compatible Smartphone devices.

Text based conversations may be the main focus of the App, but Kik also has plenty of other things to offer. These include:

• The ability to send user-drawn sketches to contacts.
• Instant messaging direct to Smartphones without using up valuable text message allowances (data charges may apply if not using a Wi-Fi connection).
• Photo sharing capabilities.
• Quick exchange of mobile sites – the first service of its kind to implement a URL bar and built-in browser.

For a free, instant messenger (as well as the above mentioned photo, sketch, and URL sharing) without the need to swap mobiles, this service is therefore the perfect modern mode of communication.