Jimmy Fallon is on a pretty good way walking in Jay Leno´s shoes on the Tonight Show. Besides having to notch names every night and pulling good ratings for NBC he is also presenting technology in a smart and entertaining way. Last Thursday Billy Joel dropped by and using an iPad and the App LOOPY he and Jimmy Fallon ended up in something like Doo Woop. Pretty impressive especially since Jimmy Fallon seems to have even more talents than we thought. Is it a real Doo Woop? Well probably not but just check out the clip and also have a look at the app which hopefully get´s boosted through this free advert on one of the most watched TV shows. It´s $7.99 but certainly worth the money.

GET LOOPY FOR IPHONE AND IPAD
SEARCH MORE APPS 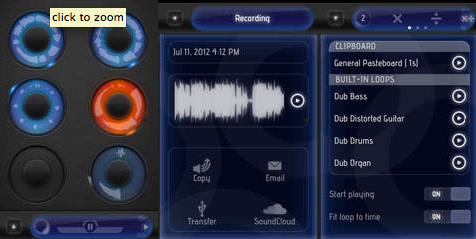