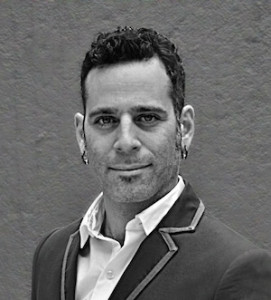 Award winning creative director Daniel Burwen created the epic app Operation Ajax which set a landmark for E – Graphic Novels for the iPad. Great designs and animation meet a stunning story explaining the true history of the CIA plot to stage a coup of Iran’s government in 1953. Looking behind the scenes also the production turns out to be epic.

How big were your team and what are the parts?

A core of 2 – 3 animators, a sound designer, a composer, a producer, I creatively directed and managed the art team.

We had several teams rotate through the layered art, in all about 20 people ended up working on the illustrations.

Tall Chair was our tech resource, and there was about 9 of them.

You live in San Francisco. What is the app developer scene there like?

Crowded and competitive.  Its hard to find engineers, ironically.

How did you get inspired to develop Operation Ajax?

Address this in more detail in some of the talks I’ve given, most notably my SXSW talk.  I wanted to prevent war with Iran and I thought that publishing a Graphic novel on Ajax would help educated Americans about the relationship between the US and Iran.

Jeff Skolls TED was also a catalystic moment for me.

What were the obstacles developing Operation Ajax and how long did it take?

4.5 years.  Biggest obstacles was not knowing anything about anything when I started, and not having a good group of experts to ask.

Tech was hard to use and cumbersome

Didn’t know how to market / monetize the product

I have a great talk about this on my site called Failure as part of the Creative Process.

So many things.  Anything worth doing in life isn’t easy.  I could write a book alone on this question. Again I defer to my talks.

Make it your full time job, and get experts around you to help you figure out if your idea is good.  Be prepared to lose money, with very little prospects of financial success.

I Kill Monsters, a game / comic hybrid.  Came from the process of developing Ajax, and looking for something that was easy to monetize.

Finally, what other app is most fascinating and inspiring to you right now?