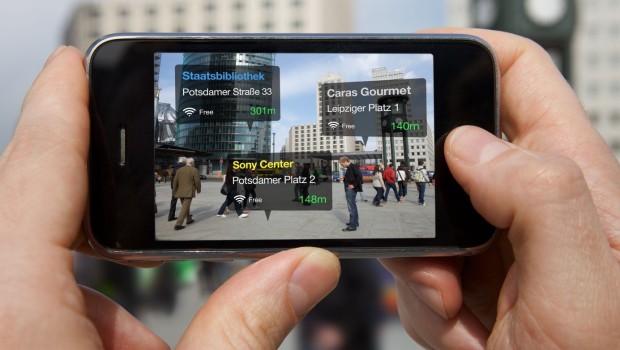 Augmented Reality or AR may seem like something from the future but the technology of overlaying images onto the real world has been going from strength to strength in recent years. Whether it be apps on the phone, games on the console, or AR glasses such as Google Glass, Augmented Reality is something that is taking the tech world by storm and is here to make the lives of everybody both easier and more interesting.

The Uses of Augmented Reality Apps

The technology has grown in such popularity that there are many types of AR apps for many different activities and uses such as:

One of the main trends of AR Apps is to provide consumers with interactive advertising experience. An example of this is the Augmented Reality App Blippar which allows companies to provide advertising through AR for the consumer. By showing the necessary picture, code or object, the Blippar app allows companies to provide games, videos and competitions. Pepsi’s World Cup campaign for example, placed players such as Messi on their bottles, which Blippar turned into an interactive Penalty shoot-out game.

Another trend of Augmented Reality Apps is to allow people to try things before they purchase them. With the power of AR, both fashion and furniture companies allow potential customers to place items of clothing on their body using the phone camera; or to display new sofas in the living room to check that the colour and style fits in with the rest of the furniture. These new experiences streamline the shopping experience and allow consumers to make informed decisions when purchasing expensive items.

Using AR to Discover the World Around You

The final trend of Augmented Reality Apps is to use mapping and information of the best local sights, eateries, bars, clubs and attractions to help find the best local experiences. Apps such as Wikitude World Browser (Android/iOS/Blackberry/Windows Phone) and Yelp Monocle (Android/iOS/Kindle) superimpose the nearest and best sights onto your phone screen.

The overarching trench of Augmented Reality Apps is to make the life of the user a little bit easier, while also providing a fun and interactive experience at the same time. The hope is that by the time everyone is used to AR apps, they’ll be ready to embrace the immersive AR experiences of devices such as Google Glass.