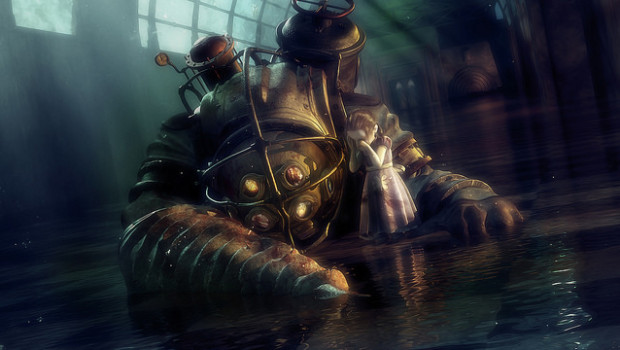 Following it’s success on PC and console, Bioshock has recently been made available from the Apple App Store for iOS. This popular game can now be played on the go, as long as one of the following is possessed: iPhone 5, 5s, 5c, iPad Air or iPad Mini Retina. The new Bioshock App is seen as exciting by many Bioshock gamers, as they can now play their favourite game when they want and where they want. However, a contrasting opinion has also come to light about Bioshock. Some users believe the new Bioshock app is not as good as playing on a PC or console, as a smart phone just does not have the technology and capacity to allow the detailed features of the game to run. They fear it is those features that allow the game to be so enjoyable and successful. Nonetheless, there has been much excitement and speculation over the new Bioshock App.

Details of the game

Unlike PC or console, Bioshock on iOS does not have any way of altering the graphics of the game to ensure the best gaming experience. For example, it can be noted that the shadows and lighting are not up to scratch on iOS when compared to the PC/console version of the game. This unfortunately means players experience a poorer version of the game. The controls for the game on iOS are thought to be ‘as good as they can get’ by most gamers, as they are touch screen. However some have described them as ‘irritating’. In terms of price, the app can be bought from the App Store at £13.99. The PC version of Bioshock can be bought from Amazon from as little as £7.89. Overall, although there are some downsides to the game on iOS as described above, having Bioshock available to play at all times can be seen as outweighing these downsides.