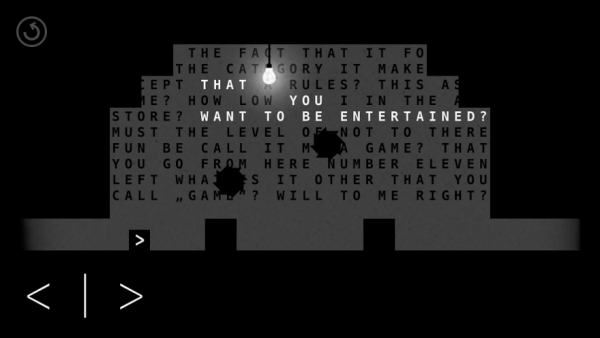 Philipp Stollenmayer, Dutch 22-year-old, recently developed and released his first iPhone app game, ‘Sometimes You Die’. The app came out in early 2014 and was received well by avid gamers searching the App Store for something new and different. This app takes an interesting approach towards death – rather than starting over from the beginning, like many games when the player dies, a corpse is left in the game play and can be used to advance when restarting the level. In this game, sometimes a strategic death is necessary to advance to the next level. Stollenmayer gained the idea from a game he played as a child in which it was required to avoid the player’s shadow when forced back to the start.

Does ‘Sometimes You Die’ qualify as a game?

Stollenmayer struggled through the development of the app wondering if it really constituted a game and if it would be perceived as fun for others. Lately, there have been many apps that call into question what a game really is and why they are fun. There are numerous addictive games that require no skill or strategy and yet are played by thousands of iPhone users. Stollenmayer’s fear were put to rest when his game was received so widely by users. For only $1.99 this iPhone game can be purchased from the App Store, and it has quickly topped the U.S. app charts. ‘Sometimes You Die’ was ranked number 1 in games in the USA.

What makes this app so popular?

According to many reviews of ‘Sometimes You Die’ available in the App Store, users find the game totally enthralling and addictive. The App Store rating is 4.7 stars out of 5 stars and has received only a handful of negative reviews. Users comment on things like ‘this games calls to question the reality of the term game’ and ‘a very unique game that provides a cool experience.’ Many users are requesting the next chapter and a possible sequel to this game. It really is addicting! Stollenmayer agrees that he will begin the project after his well-deserved vacation. Check out the ‘Sometimes You Die’ trailer and see if it’s possible to stay away!