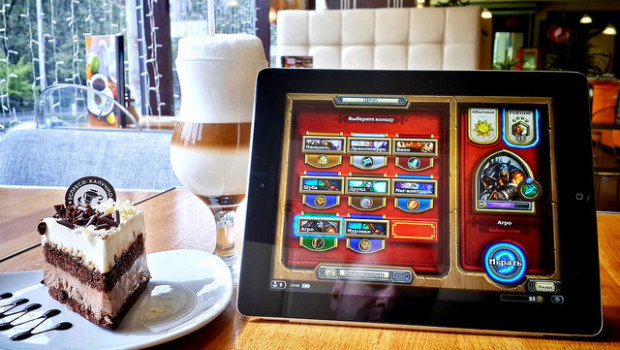 Hearthstone is a popular game that is free to download. The game can be downloaded onto PC (both windows and OS X), iPad, and iPhone and Android versions are due to be realised in the second half of 2014. Hearthstone is a CCG, otherwise known as a collectable card game. The full name is Hearthstone: Heroes of Warcraft, and currently the game has over 20 million userseven though it only began in 2013. Hearthstone aims to provide the gamer with a digital experience that is as close as possible to the swapping of real cards. Gamers in similar regions can play against each other and there are as many as five game modes to choose from:

More detail about the game

The basis of Hearthstone is to swap cards and obtain as many ‘rare’ cards as possible. As a beginner, each player is dealt a set of basic cards. Through playing each of the game modes above there is a chance to gain skill, experience and ultimately to obtain rarer cards. Ultimately, each player takes a turn and plays a card from their deck. Hearthstone is not this simple however. There are many more features to the game, for example, a player may use their ‘minions’ in order to beat their opponent. In addition, each player has ’30 health’ at the start of a game. If the health of the player runs out then said player loses the match. Blizzard entertainment are the company that introduced Hearthstone, which has now become extremely popular. Hearthstone fans are looking forward to the release of the game on iPhone and android later this year. The release of Hearthstone onto such devices will allow fans to play at the touch of their fingertips, wherever they are. However, it must be recognized that the quality of the game is likely to be poorer in comparison to the PC and iPad versions. This is purely due to the fact that smart phones do not have technology as advanced as the PC or iPad. Nevertheless, there is still much excitement and speculation surrounding the release of Hearthstone for iPhone and android.