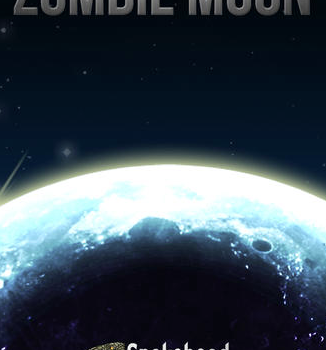 If there’s one game that I would choose because of the excellent reviews, it would definitely be Zombie Moon.

Even if you’re not one of them, even if you’re just like me, you might like this game too. Zombie Moon has a mystery buried in its surface.

You have been sent out to investigate the abrupt journey of Overlord Als who lost control on a distant moon in the year of 2165. Yes, we’re talking about a time much ahead in future in this game. Well, this search expedition isn’t going to be easy since there are Zombies there.

But let’s assume you managed to survive the Zombies. The game would present you with another surprise. You would have to face some Technomancy creatures. The game becomes more difficult when you need to compete with other players as well.

And that’s what I like the most about the game. The kind of challenge it puts. In order to save yourself, you need to well equip your team of allies. This action game consists of menu based RPG where you need to tap, think, talk and gather information just like you do in Facebook games.

But this isn’t all. The game has some more special features which would be loved by gamers according to me. Apart from the no ad features, the game has a monitored chat feature and trust me, the game community is awesome.

The game is very new so one can easily reach the high score levels. I did it, for the first time in my gaming career. There are over 1000 levels, which are present in this game Zombie Moon. You can go to the upper levels and defeat your rivals or make some friends too.

The free treasure chests provide with some awesome equipments. Do try them out! Oh! This is what I loved about the game. The creators of the game keep playing with you along with the chit chatting. I have done that for the first time in my life.

Moreover, the game is freely available on both iTunes and App Store. A free game with no ads, it’s difficult to find in these days. Right? But Zombie Moon is here for your rescue. According to the reviews and according to me, it’s seriously an awesome, wicked and hidden space action game which is filled with many surprises and secrets.

The very simple user interface allows you to get comfortable with the game very easily and that’s when the real fun begins. I am already a fan of Zombie Moon. What about you?