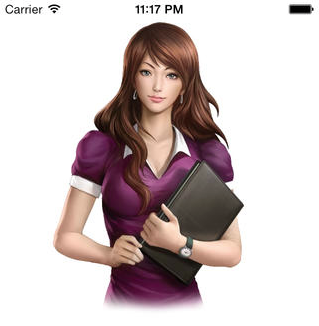 Speaktoit Assistant – Get a Free Helper

A better alternative for Siri!

Speaktoit Assistant is an iPhone app that is designed to be your personal assistant. It has an intuitive, easy to use interface that uses mostly voice commands. Speaktoit designs applications such as these, with talking interfaces. To use this app, you first need to create an account, or you can opt to use your Facebook account to log in. The basic services from the app are free, though there is a paid premium account option, which I’ll explain more about shortly.

The first time you open the Speaktoit Assistant app, your assistant greets you, asking for your name, and informing you that you can change hers whenever you like. After that, you watch a short tutorial, which explains how everything works and the specifics about what exactly your assistant does. After you’ve finished with the tutorial, you can begin using your assistant. Your assistant has an avatar, which takes up most of the screen. Whenever you give a voice command, the words will be shown in a little speech balloon on the bottom third of the screen, along with whatever your assistant’s response is. At the bottom are five buttons, of which you mostly use one, the microphone. You are able to give a voice command to your assistant once you have pressed the microphone button. There are also buttons to mute your assistant’s voice, one that allows you to type commands in as text, a button that shows a list of all the skills that your assistant has, and one to adjust settings in the app. When you press the skills button, you are then able to tap any of the commands that your assistant is able to respond to, and it will show you a real example. Something that you can do to mix things up a bit is change the look of your assistant’s avatar. Change their gender, clothes, hair style and color, eyes, nose, and mouth, among other things. You could have a different assistant every day! Now down to the nitty gritty: specific things that your assistant can do for you. You can tell your assistant to search the web for information, update your Facebook status, send an email or text, take notes or schedule tasks, just to name a few. For the most part, Speaktoit Assistant responded to these commands effectively. Occasionally, it would think I said something else, and I would have to give the command a little more slowly and focus on enunciating, but as I said, for the most part it worked very well. The only downside that I see here is that Siri can do pretty much all of the same things as Speaktoit Assistant. There were a couple of areas where this app performs better though. Siri often tends to take a long time “thinking” after you give a command, whereas Assistant was a little bit quicker. And the translation feature in the app is really cool. When you ask Siri to translate something, she’ll basically do a web search, and only sometimes will the actual translation be shown immediately in the results. When you ask Speaktoit Assistant, it shows the actual translation, and you aren’t looking at it through a webpage description. This was the case with any phrase I chose in the 10 or so languages that I tried.

Speaktoit Assistant also has the option of turning on or off a conversation mode. With this on, you don’t need to press the microphone button more than once, and you can actually carry on a conversation, whether it is to get you information or performing a task, or just to converse about nothing. This app isn’t what I’d call a “deep thinker”, but a conversation with it is good for a laugh.

The app mentions several times that the assistant is learning and is able to learn. It doesn’t go into specifics, but seems to hint at how this works. One way is that the developer is currently “teaching” Assistant to respond to certain commands better, or to do so without bringing you to a Google web search to get your answers. And the other is that Assistant will actually be able to learn as you interact with it. Like I said, this is what I gathered from some of the things that were said in the app, but who knows how this will actually work. It’s certainly neat in theory though.

Speaktoit Assistant can perform a bunch of tasks for you, and typically does them pretty well. With the conversation mode, interacting with your assistant is easy and fun. The translation feature is really amazing, and gets you exactly what you want, rather than going to a Google search that you could do yourself. This app is simple to interact with, and does a lot. Even though Siri has a lot of the same functionality, Speaktoit Assistant’s ability to do things a little faster and more accurately gives it a bit of an edge. And since you don’t have to pay to use the basic version, you might as well give it a shot.