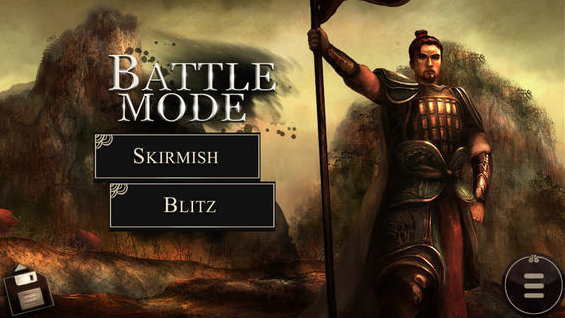 As a fan of strategic games I am always on the look out for RTS games on the iOS which truly are excellently created. With this in mind and my wide range of knowledge and experience surrounding this games I am pleased to say that this particular game really is one of the most outstanding strategic games I have ever encountered.

With every game I review I can always find a few disappointing aspects where there is room for improvement.

However, with this game I really did find it hard to find any serious criticisms. Any issues that I did stumble across are so minute in comparisons to faults I find on other games.

As the player you will observe the story of a government leader who is looking into an ongoing rebellion. You will be assigned various tasks which can involve full on fighting mission’s right down to your basic creating a base assignment.

The high light of the game is in the form of the action which takes place on the front line. You do not have to fight alone as you will be in charge of a huge company of soldiers prepared to go into battle on you behalf. Each solider in your company is controlled autonomously.

One of you main tasks will be to construct your military bases. However you can not construct these randomly. You are provided with maps of the game which will direct you to area’s in which you can construct your bases. In addition to your bases you can also construct farms which will help you earn more money. Also, you can make more camps which will allow you to house more soldiers as well as arrow towers which you can build to help protect your units. This game has all the typical traits of a strategic game including construction of your bases and the combat elements.

The play of the game is divided into two sections. The first is the initial story mode game and the second is skirmishes. The campaign of the initial story mode allows you to meet all of the new features of the game slowly but surely but it can be quite challenging and does not offer much leniency. As you come to complete your assignments there will be one in particular in which you will need to use stealth, whilst another assignment will involve four soldiers having to fight against at least another twenty. This game is very gruelling and barbaric and will certainly require you to use your brain in the more strategic situations.

The game really proves itself however above other RTS games on its skirmish mode. Within this mode the game will put two armies which are practically the same as each other with regards to capabilities against each other in a fighting scene. The two armies but start from nothing and attempt to work their way up by using their time wisely and strategically. The skirmishes may involve fights against opposition of varying capabilities. Some for example may be a lot stronger than your army. The player is also given the option of fighting real life players.

The commands for any RTS games are also a vital part of game play and getting them correct is essential. Autumn Dynasty manages to do just that. If for example you would like to choose a number of soldiers the player simply has to draw a circle around the outside of them. If you would like to choose two or more armies then this is done simply by a double tapping command. In order to manoeuvre or fight the player will simply have to sketch a line from one company to the area in which you would like them to go.

It is very satisfying being able to choose numerous groups of men and make them go onto the battlefield. In the game the illustrations are breath taking. It is hard to put into words how impressed I was. One particular scene when you lead your army onto the battlefield leaves a pathway of black strokes which are just so impressive.

Irrespective of the fact of whether you are new to these games or a life long expect, any player will find this game simply superb. The developers have really made the most of a touch screen game. With its perfect combination of great graphics and multi player option it is easy to see that anyone who may like a strategic game will certainly want to play this one.